Catnip is legendary for making cats act in strange ways, but if you're a new cat owner, you might be wondering if it's really safe for your cats. The good news is that catnip is part of the mint family, and it is just as harmless for your cat to chew on it or eat it as it is for you to eat mint. However, there are some things that you might want to keep in mind if you intend to introduce your cat to catnip. Read on to learn some of the dangers your cat could encounter while under the effects of catnip and how to mitigate them.

If your cat is allowed outdoors or has a habit of sneaking out when the door is open, you should take extra precautions while your cat is under the influence of catnip. While a cat's behavior can vary when exposed to catnip, most kitties experience a combination of playfulness, spunkiness, and sleepiness. Unfortunately, going outside could be a problem because your cat may not be fully aware of its surroundings. Cats under the influence of catnip could be in danger of wandering into the road, or their flirty behavior could put them at risk of being attacked by a predator. In general, try to keep your cat indoors if they've recently had catnip.

Now that your cat is safely indoors, keep in mind that some of the behavior your cat exhibits will seem particularly flirty. They may roll around on their back, revealing their tummies, which can be a very tempting sight for cat owners. However, if your cat doesn't like tummy rubs, they probably still won't under the effect of catnip. Avoid petting or touching your cat's stomach while they're on catnip.

In addition, if your cat isn't fixed, or another cat in the household isn't, avoid catnip. The behavior exhibited under the influence of catnip is extremely similar to the way cats act while they're in heat, which means that another cat could misunderstand it and attempt to engage mating behavior. If you don't want kittens, you should get your cats fixed before giving them catnip.

Lastly, make sure that your home is free of toxic substances that your cat could mistakenly eat or drink while they're affected by catnip. While cats are typically pretty smart about not eating non-edibles around the home, your cat is going to be goofy while on catnip. They might temporarily exhibit pica, wherein they'll try eating things like string, plastic, or other non-edibles. Make sure that the area your cat is in while on catnip is free of these items, or at least supervise your kitty carefully and take away anything they try to eat that they shouldn't.

Giving catnip to your cat can be a lot of fun for you and your kitty, and with these guidelines you shouldn't encounter any problems. For more information, contact a clinic like Canine Center. 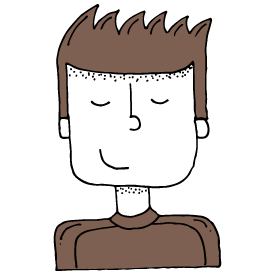 It can be tough to know exactly what your pet is feeling, especially when they are displaying strange behaviors that aren’t typical of their personality. Finding a reliable veterinarian to help you care for your pets is essential, because they can help you put the puzzle pieces together and figure out what a pet might be going through when you can’t figure it out yourself. An experienced veterinarian will work to rule out all possible health problems, and if successful, they should be able to provide you with the support and guidance you need to find a solution. For more information about what to look for in a qualified veterinarian and how they can best help you provide optimal care for your pets, browse the pages on this blog and check back often for updates!